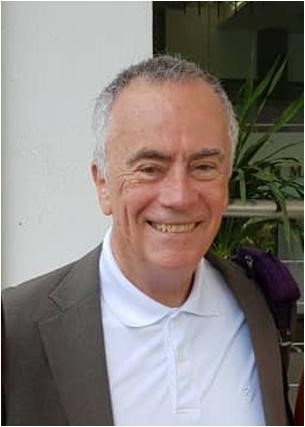 Bumi Sains started business during the last years of my tenure at the Universiti Malaya (1971 to 1978) but it was only during a Malaysian Microbiological Society conference in Penang in 2009 that I got to know the people behind the name. Shaman M. Gaspar, a son of the founders Theresa and Thomas Gaspar, had sponsored a booth in the meeting venue. On display were many products used in microbial research and production ranging from fermenters to media for bacteria/fungi. While I was pouring over the displays, Shaman introduced himself and it quickly became apparent that this Bumi Sains/Infors representative was much more than a salesman. His knowledge of microbes and how to handle them was exceptional.

Since then I have met Shaman at conferences, workshops and the like, some of them organised or supported by Bumi Sains/Infors. In all of them, Shaman’s organisational skills meant that they were well run, educative and supportive. In fact, this last adverb best describes Shaman’s role in South East Asia/Oceanic microbiology. Bumi Sains/Infors does not simply sell microbiological equipment – it ensures that their products function in the way that the acquirer intended. Shaman personally oversees the installation of, for example, a new fermenter, gets it up-and-running and makes sure that the users can do the same. In addition he will install a user-designed protocol but if the researcher is unsure of the best way to tackle a specific problem, will suggest solutions. Commitment to user satisfaction continues even after guarantees have expired. Shaman’s after-sales support has, on occasion led to co-authorship of resulting research publications.

Indeed, this commitment to successful use of often complicated apparatus, sets Bumi Sains/Infors apart. It is Shaman’s friendly, out-going personality coupled with his curiosity, charm and willingness to help that makes it easy for customers to work their new equipment. Most customers hope that their next budget will allow them continue working with Bumi Sains/Infors.